Guyenne: More than 20 years of history 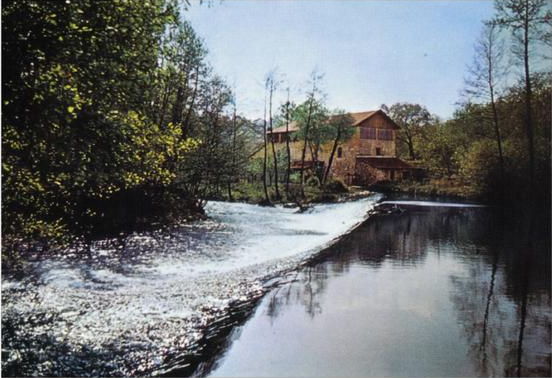 Once upon a time was an old company celebrating its 20th anniversary. 20 years of economic recovery but 200 years in the paper industry.

Everything began, or in better words everything started again in 1995: at the very last moment, the Procop Group, distributor and Papermaker since 1945 took over “Les Papeteries de Guyenne” which were in a very difficult situation. However, due to strategic alliances, not all the customers and suppliers looked favorably on this takeover, and some did not want to see Guyenne starts again at all. Several partners stopped their collaboration, some employees not taken back during this transition phase even left with the plans of the machines.

The company then resumed production with great difficulty: with no operating procedures, no machine plans, but even worse, with no customer left.

Sales revenues dropped by 25%, but in the meantime more than 1.7 million euros were reinvested. The Procop Group took several strategic decisions and decided to go ahead in order to federate this company with a true industrial potential.

Since then, Guyenne has become a profitable company offering perspectives of evolution, perpetuating and developing its know-how. Every day, men and women are glad and proud to contribute to the future of the company.

Guyenne today presents a video tracing the last 20 years of its history. The past of the company is an integral part of a its life, a founding experience of what a company is meant to be.

This success story could be summarized with the words of Guyenne’s President : “quality, innovation, investment and perseverance”.

Guyenne Papier accompanies you everywhere in the world!